Dominic Duffy, Director of Marketing
The financial industry across the globe has always been relatively slow to embrace a digital future. The pace at which digitalisation has occurred over the last few years has left many financial institutions ambiguous about adapting to the changes. The same institutions, especially banks, hold vast amounts of data that could be interpreted to extract valuable insights, provided that their datasets are accurate. But ensuring data integrity hasn’t ever been the forte of the banking industry. “Data, fundamentally, gets changed even if there are various levels of security in place. Some organisations seem very confident when it comes to their data, although it might not be accurate,” begins Dominic Duffy, Director of Marketing at nChain.

The company recently conducted research with Frost & Sullivan to uncover the level of data integrity across various sectors. The study asked governance, risk management, and compliance (GRC) professionals about the degree to which they trust their audit data. Remarkably, the same individuals gave a strikingly honest response: the research highlighted that fifty per cent of respondents in the financial sector believed they were dealing with anomalous or erroneous data as part of their audits. “A myriad of different algorithms is applied to this false data, the error incurred by which has a profound impact on the final results of audits,” adds Duffy. To address this matter, nChain has pioneered and developed a blockchain-based commercial solution that helps governments, enterprises, and entrepreneurs ensure data integrity and efficient and precise audits. The platform can be deployed and integrated with existing in-house systems, whilst eliminating the need for blockchain developers.

Founded by Dr Craig Wright, nChain has been at the forefront of blockchain technology for several years. The organisation boasts one of the largest portfolios of intellectual property related to blockchain technology, and has the world’s largest team of blockchain developers dedicated to explicitly eliminating the complexities of writing to and reading from the blockchain. Unlike other blockchain solutions that are application-specific and require their interface and specialised training, nChain’s platform—Kensei—is designed to seamlessly integrate with existing workflows and simplify the deployment of blockchain technology to meet the client’s data integrity objectives. To ensure that audit and compliance authorities can keep up with the latest directives and regulations in the banking sector, nChain increasingly engages with regulators, fuels conversations about digital integrity, and offers its platform to eradicate associated issues.

nChain acts as an ambassador, interpreter, and implementer of complex blockchain solutions. We simplify it for our clients to apply the technology in their everyday operations

Moulding its expertise in blockchain technology into Kensei, nChain has bridged the gap between developers and the blockchain, empowering the business community to effortlessly utilise the technology.

Kensei, at its core, is very simplistic, and easy to take advantage of, its functionality being equivalent to notarisation. When data is stored on the blockchain, the associated hash of the block serves as a fingerprint that identifies the block and its contents. The individual data points and any associated alterations can be tracked using the blockchain. Kensei allows clients to more seamlessly and automatically track such changes, which are indelible, so that the records are admissible in court—in case of disputes such as claims made against a party relating to a document. The platform consists of three layers with distinct functionalities, the first being Certify, which validates the contents of a piece of data. The next layer is Connect, which relates to the sequence and order of events that are connected to each other. The final layer, Compute, tracks and validates the actions performed using the data stored on the blockchain. Apart from the innovations of the Kensei platform, what nChain’s customers appreciate the most is the team’s genuine and profound knowledge of blockchain technology. “nChain acts as an ambassador, interpreter, and implementer of complex blockchain solutions. We simplify it for our clients to apply the technology in their everyday operations,” adds Duffy. By virtue of its customer-oriented and problem-solving approach, nChain is engaged in numerous global projects where it partners with a range of different organisations to execute holistic yet application-specific blockchain implementations.

nChain is currently in the second phase of introducing a national digital ledger and digital cash management system for the island nation of Tuvalu, a country in the Polynesian subregion of Oceania. Helping the country overcome severe economic challenges, nChain has been instrumental in setting the foundations for a digital infrastructure in Tuvalu, including fundamental aspects such as citizenship applications. The organisation is also currently collaborating with 360kompany AG (kompany), a global leader in business verification that provides know your customer (KYC) and know your business (KYB) solutions, to introduce an additional layer of assurance to their products. As a premier name in the blockchain industry, nChain actively undertakes concerted campaigns to inform the audit communities about its research findings, raising awareness of data mistrust and integrity. As Duffy concludes, “We are on a mission to become the de facto standard for global blockchain applications, and Kensei, acting as the interface between the blockchain and the real world, will allow us to get there by empowering our clients.” 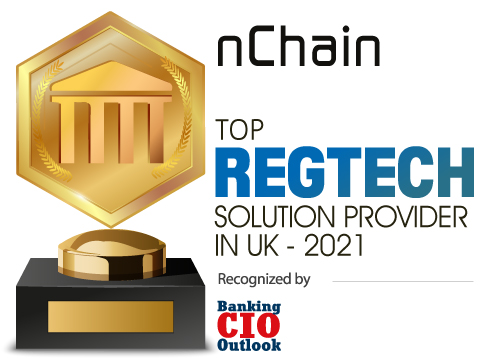 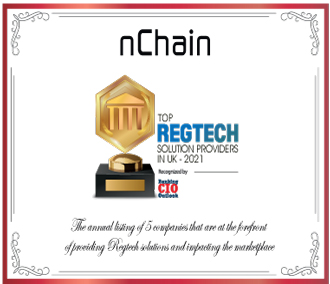 
Founded in 2015, nChain advances the potential of blockchain technology through ongoing research and development of patentable inventions and by offering commercial solutions such as Kensei, a developer-friendly blockchain interface. Kensei is designed to drive adoption of blockchain technology by removing the complexities in creating and verifying tamper-evident data and processes. nChain also owns the CREA (business process management) and Equaleyes (mobile and web development) brands, which complement its core blockchain expertise. nChain provides robust data consistency offerings that help organisations and developers of all sizes achieve their goals